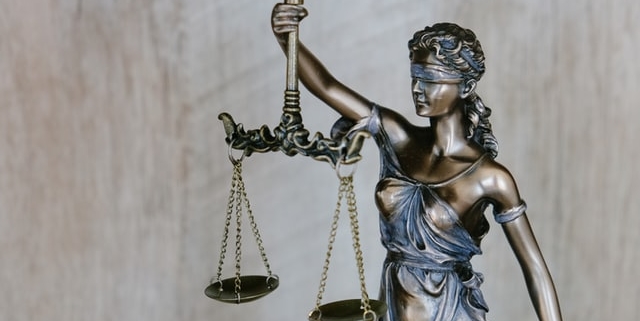 The Abolition of Freedom of Expression, Including Speech

On the 28th of October 2022, the Government released a new bill titled the Criminal Justice (Incitement to Violence or Hatred and Hate Offences) Bill 2022 (hereinafter referred to as the “Bill”).

In relation to this new proposed law, the Gov.ie website states the following:

Review of the Bill

The Bill is split into 4 parts as follows:

Part 1: deals with issues such as definitions and the meaning of protected characteristics.

Part 2: is the section that provides for a new offence of incitement to violence or hatred which will replace the current law which is the Prohibition of Incitement to Hatred Act 1989.

Part 3: creates new, aggravated forms of certain existing criminal offences, where those offences are motivated by prejudice against a protected characteristic.

Part 4: deals with amendments to other pieces of existing legislation which will be required as a result of the passing of this Bill.

Part 1 of the Bill: Preliminary and General

Part 1 Section 2 – is titled “Interpretation”. This section states that hatred means “hatred against a person or a group of persons in the State or elsewhere on account of their protected characteristics or any one of those characteristics” – so although this section purports to define hatred, it does not actually define what hatred is intended to mean. One interesting point to note is that the pre-bill called the General Scheme – Criminal Justice (Hate Crime) Bill 2021 did define hatred as meaning “detestation, significant ill will or hostility..”.

Part 2: Prohibition of Incitement to Violence or Hatred

To be guilty of an offence under Part 2 Section 7(1), a person only has to display, publish or make available any material (this could be verbal, in writing or even gestures) in a place where the public has access (even if the public is not accessing the place at the time) and one single act is enough to breach this new Bill. Also, the threshold for this offence is intent or recklessness, which means that a person can be prosecuted if they intended to incite violence or hatred, or they are reckless as to whether violence or hatred might be incited.

Part 2 section 7(3) – states that it will be a defence to this new crime of hate speech if the defendant can prove that the material consisted solely of a reasonable and genuine contribution to literary, artistic, political, scientific, religious, or academic discourse.

Notes in relation to this Defence

Part 2 Section 8 – introduces a completely new offence of condonation, denial or gross trivialisation of genocide, a crime against humanity, a war crime etc against persons on account of their protected characteristics.

Part 2 Section 9 – states that a person may be found guilty of an offence under Sections 7 or 8 regardless of whether they were actually successful in inciting another person to violence or hatred.

Part 2 section 10 – creates a new offence of preparing or possessing material that is likely to incite violence or hatred. This section of the Bill is seeking to criminalise people who create content that would incite violence with the intention of communicating it, but have not yet communicated it publicly.

Part 2 Section 10(3) – states that where it is reasonable to assume that the material was not intended for the personal use of the person, the person shall be presumed, until they prove otherwise, to have committed an offence.

Protection of Freedom of Expression

This next section is truly insincere and deceitful. Part 2 Section 11 is titled “Protection of freedom of expression”. This section states that any material or behaviour is not taken to incite violence or hatred against a person or a group of persons on account of their protected characteristics or any of those characteristics solely on the basis that that material or behaviour includes or involves discussion or criticism of matters relating to a protected characteristic

Under this Section 11, discussion or criticism is said to be allowed. Discussion meaning the action or process of talking about something in order to reach a decision or to exchange ideas and criticism meaning the expression of disapproval of someone or something on the basis of perceived faults or mistakes.

There was no similar protection offered in the pre bill for protection of freedom of expression. As I said the inclusion of this Section 11 is truly deceitful, because one could be forgiven for assuming that the remainder of the Bill is somewhat nullified, as most content can be described as discussion or criticism.

That said, I believe this Section 11 was included in the Bill to ensure the Bill is passed by both Houses of the Oireachtas, but be under no doubt that the Gardai will entirely and wholeheartedly disregard this Section 11 when they are contemplating prosecutions. We make this assessment partially because the Gardai have gone so far as to task themselves with investigating and recording non hate crime incidents.

Part 2 Section 15 – deals with search warrants and confirms that a District Court judge can issue a search warrant of any place where evidence of hate speech may be located, this section confirms that the Gardai may search any place noted in the warrant and any person located at that place, this section also confirms that the Gardai may use reasonable force to enter your property and they may examine, seize and retain anything found at that place including documents, phones, computers.

The updating of these existing criminal offences in essence creates new categories of crime, called hate crime. The net effect of hate crime is to create a hierarchy of justice, whereby a person who belongs to more minority groups will receive more justice. A simple example would be if a white person and a black person were both subjected to a physical assault, the perpetrator could receive a harsher sentence for their assault on the black person by virtue of the protected characteristic of their skin colour.

Part 4: Amendments of other Enactments

Part 4 – amends other pieces of existing legislation which would need to be updated by virtue of the passing of this Bill.

What Actions Can You Take

– Please find a template letter at the end of this page that you may use and adapt as you see fit. You will also find a second document setting out the contact details for all TD’s and Senators. Please do not wait to send this letter. Please do it today if you can.

– We would encourage members of the public to organise protests throughout the country – the Irish Council for Human Rights will be happy to support and advertise any such protest. In this regard, please contact us at [email protected]

Template Letter to TD’s and Senators

Ireland’s Legal Obligations Regarding Asylum and Immigration
Scroll to top

This site uses cookies. By continuing to browse the site, you are agreeing to our use of cookies.

We may request cookies to be set on your device. We use cookies to let us know when you visit our websites, how you interact with us, to enrich your user experience, and to customize your relationship with our website.

Click on the different category headings to find out more. You can also change some of your preferences. Note that blocking some types of cookies may impact your experience on our websites and the services we are able to offer.

These cookies are strictly necessary to provide you with services available through our website and to use some of its features.

Because these cookies are strictly necessary to deliver the website, refuseing them will have impact how our site functions. You always can block or delete cookies by changing your browser settings and force blocking all cookies on this website. But this will always prompt you to accept/refuse cookies when revisiting our site.

We fully respect if you want to refuse cookies but to avoid asking you again and again kindly allow us to store a cookie for that. You are free to opt out any time or opt in for other cookies to get a better experience. If you refuse cookies we will remove all set cookies in our domain.

We provide you with a list of stored cookies on your computer in our domain so you can check what we stored. Due to security reasons we are not able to show or modify cookies from other domains. You can check these in your browser security settings.

These cookies collect information that is used either in aggregate form to help us understand how our website is being used or how effective our marketing campaigns are, or to help us customize our website and application for you in order to enhance your experience.

If you do not want that we track your visit to our site you can disable tracking in your browser here:

We also use different external services like Google Webfonts, Google Maps, and external Video providers. Since these providers may collect personal data like your IP address we allow you to block them here. Please be aware that this might heavily reduce the functionality and appearance of our site. Changes will take effect once you reload the page.

The following cookies are also needed - You can choose if you want to allow them: